Apple launched iPad Air with jam-packed features in September 2020. Apple borrowed some elements from previous generations to redesign the iPad Air, which seems to be closer in design to iPad pro. iPad Air is available in beautiful colors like rose gold, green, sky blue, silver, and space gray. The iPad Air features a 10.9-inch liquid retina display, rounded edges, aluminum chassis, 2360×1640 resolution, 3.8 million pixels, True Tone support. This phone availability in stores will be on Friday, October 16, with subsequent availability on October 23. Its price is $599, and the middle tier option price is$ 329, the iPad pro price is $799.

All about Apple iPad Air 2020 with A14 Bionic Chip

The top button has a new Touch ID sensor placed on it. They have introduced this feature in the Apple device. The biometric authentication uses Touch ID, and the iPad Air does not have any face ID. Built on a 5-nanometer process, the iPhone Air includes Apple’s newest A-series chip, 6-core, A14 Bionic chip. This A-Series chip enables 40 percent faster CPU performance and a 30 percent enhancement in GPU performance.

A  new 16-core Neural Engine is included in the A14 chip, which is twice as fast as the Neural Engine in the previous-generation chip. Moreover, for enjoying ten times faster machine learning calculations, second-generation machine learning accelerators are also being used. A 7-megapixel front-facing camera along with a 12-megapixel rear camera is incorporated in iPad Air. The stereo speakers in landscape mode for broader stereo sound have been built-in into iPhone air to enhance speaker quality.

There is a USB-C port in the new iPad Air instead of a Lightning port for 5Gbps data transfer and support for connecting hard drives, 4K external monitors, and cameras. A new 20W USB-C adapter for charging is shipped with iPad Air.

Likewise, the iPad Pro, the iPad Air, supports the second-generation Apple Pencil costing $129, and it works with the Magic Keyboard with trackpad costing $279 that Apple offers. It is also well-matched with the Smart Folio covers and Smart Keyboard Folio.

iPad Air has impressed spectators around the globe, owing to its design and affordable prices. iPad Air has set itself at a point that maximum people can grab it due to its affordability.

The Touch ID sensor has been recognized as “fast and reliable” to identify fingerprints in almost any orientation. People think that iPad Air’s display is sufficient, although it doesn’t have the 120Hz ProMotion refresh rate featuring iPad Pro.

Reviewers were contented with the inclusion of a super speedy A14 Bionic chip in iPad Air. On the other hand, iPad Air GPU performance is a bit behind the iPad Pro.

The starting storage with 64GB was a grave concern for reviewers. According to people, many photos, games, and apps will occupy this storage capacity rapidly. Therefore, an additional cost of $100 will be required to upgrade storage.

The iPad Air features a 10.9-inch liquid retina display, thicker bezels around the display, a more viscous body, aluminum chassis with rounded edges. Its display is upgraded by 4 inches. iPad Air design and iPad pro look the same in shape. Let’s have a little comparison with iPad pro:

To charge Apple pencil, magnetic space is located on the right side of the iPad Air. Similarly, volume up/down buttons and a nano-SIM tray on cellular models are also situated on iPad Air’s right side. At the bottom of the iPad Air, a USB-C port and Stereo speakers and are placed. A single-lens rear camera with a microphone has been located on the backside of iPad Air.

The grave concerns regarding iPad Air are mentioned below;

The iPad Air is launched with a 10.9-inch Liquid Retina display indistinguishable from the iPad Pro display.

The white balance of the display is adjusted by True Tone to match the ambient lighting to make the screen easier on the eyes.

There is no face ID detection in iPad Air owing to the non-availability of the true depth camera system. An f/2.0 7-megapixel front-facing Face Time HD Camera is built into the iPad Air to take selfies and video calls. Other features of the camera are pinpointed below:

The iPad Air is outfitted with a 28.6-watt-hour lithium-polymer battery. According to Apple, says the battery will provide almost a backup of 10 hours while watching a video or surfing the web on Wi-Fi.

Cellular models’ battery will last for up to nine hours while surfing the web over a cellular connection. The iPad Air will be charged using USB-C to USB-C cable and 20W USB-C power adapter.

It is the first iPad to have a Touch ID that’s not built into the Home button. Apple integrated Touch ID in the iPad Air’s top controller that is beneficial for biometric authentication without the need for thick bezels that obscure the screen.

iPad Air has 4GB RAM, upgraded 1GB from the 3GB in the previous generation model.

Other Prominent Features of iPad Air 2020 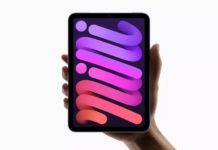